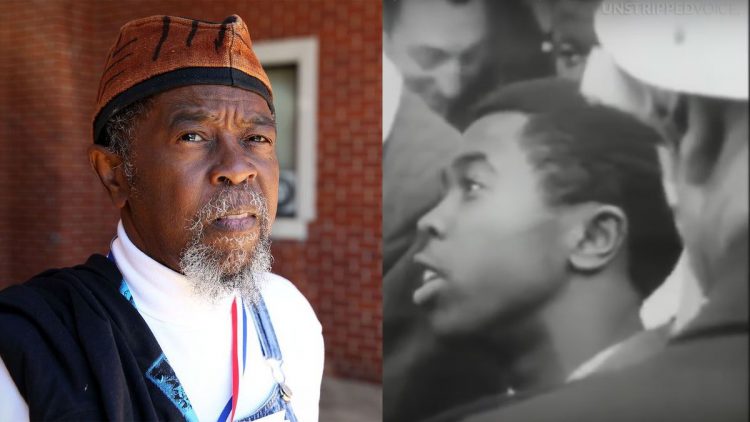 Civil Rights activist Jimmy Webb, the man who stood up to the police at Selma, passed away at the age of 68

When the then 16-year Jimmy Webb stood up to that police officer back in 1963, right after “Turnaround Tuesday” in Selma, AL, he stood as a great symbol of resistance from the “forces of segregation” that prevented rights to African Americans. That legacy of asking “…are you saying that if I have a quarter and I’m black and you have a quarter and you’re white then my quarter isn’t worth as much as your quarter?” is one that will live on forever.

We just got word from his son Waverly Kelly that Webb, aged 68, passed away from health problems last Wednesday, Feb 8th at a family member’s home in Washington. The funeral will be held in Selma this coming Monday.

An INTENSE convo between a young black activist & a police officer in Selma, 1965. #Freedom #America(Update: He recently passed away at a family member’s home on Wednesday, Feb 8th, 2017, according to his son Waverly Kelly. He was 68. )Here's one of his final interviews he did with us: http://unstrippedvoice.com/980-a-talk-with-jimmy-webb/

It’s certainly a sad day for us at Unstripped Voice — Webb was the first person (and the first story) we had here on our platform. We spoke to him last October after the video we posted of his Selma encounter reached more than 1 million views on facebook (video credit to the famed 1987 “Eyes on the Prize” documentary).

In that brief conversation we spoke about his upbringing, how he ended up at Selma, the parts of the video we didn’t see and his advice to Black Lives Matter. It was to be one of the final interviews he ever did.

Here’s the link to the full interview. Rest In Peace to Pastor Jimmy Webb — you left a legacy for all of us.

We talk about lots of top civil rights leaders in this country. But we should never forget this young black teenager that stood up to this sheriff and his deputies. But just sit here in watch this video of this brave young hero fighting not only for his right to vote. But for those that feels that they didn’t have a voice. And he should have receive a congressional medal for his bravery. To me he is my hero, not only that, he was an amazing to the world. So for that, I want to thank him for being a hero of mine for stand up against hatred and racism. It take a lot of guts to say that I’m going to stand for what’s right. Rest in peace my brother.

Jimmy Webb was a brave person. To stand up to that racist bigoted policeman was amazing. I love went people say they wish they could go back to the good old days. Yeah, if your a bigoted old white man. May he Rest In Peace, so sad as to what he had to encounter.

I praise the people who have learned from history and lament those who choose to relive it.

Great that Jimmy realised the Policeman was actually saving the group from the mob, not harassing them arbitrarily
Thanks for this story, I now have a better understanding of those events

To think he at 16 was more of a man, than these old head today. Civil Rights isn’t a given,you have to fight each and every day. THANK YOU, RIP MR. WEBB