L.O.V.E. Is The Answer 5-Minute Film Contest is accepting entries from all over the United States!

“WALKING WHILE BLACK: L.O.V.E. Is the Answer”  is the award-winning feature-length documentary film that uses the principles of L.O.V.E. (Learn about the people in your community, Open your heart their needs, Volunteer yourself to be part of the solution in their lives and Empower others to do the same) to bridge the gap between peace officers and others in the community.

We’ve developed interactive programs to go with that film, including the “L.O.V.E. Is The Answer 5-Minute Film Contest” — Teens and Cops working together!

The goal of each short film will be to show examples of L.O.V.E. in action. Each team must be led by a teen (13-19 years old) and a peace officer, working together as co-producer/director. Other team members may join them to fulfill various roles such as camera person, editor, grip, sound, lighting, associate producer, executive producer, social media promotions, on-camera talent, etc.

We are also asking celebrities to participate in some of the films to help attract more views and more awareness of the need for peace officers and other members of the community to start working together more to be the change they wish to see in their community.

If you want to make a difference in your community, start a team or join a team today!

Anyone 18 or older can start and manage a team — just make sure that the team is built around the teen and peace officer who will be the two team leaders, each with equal decision-making power, working together and learning from each other. 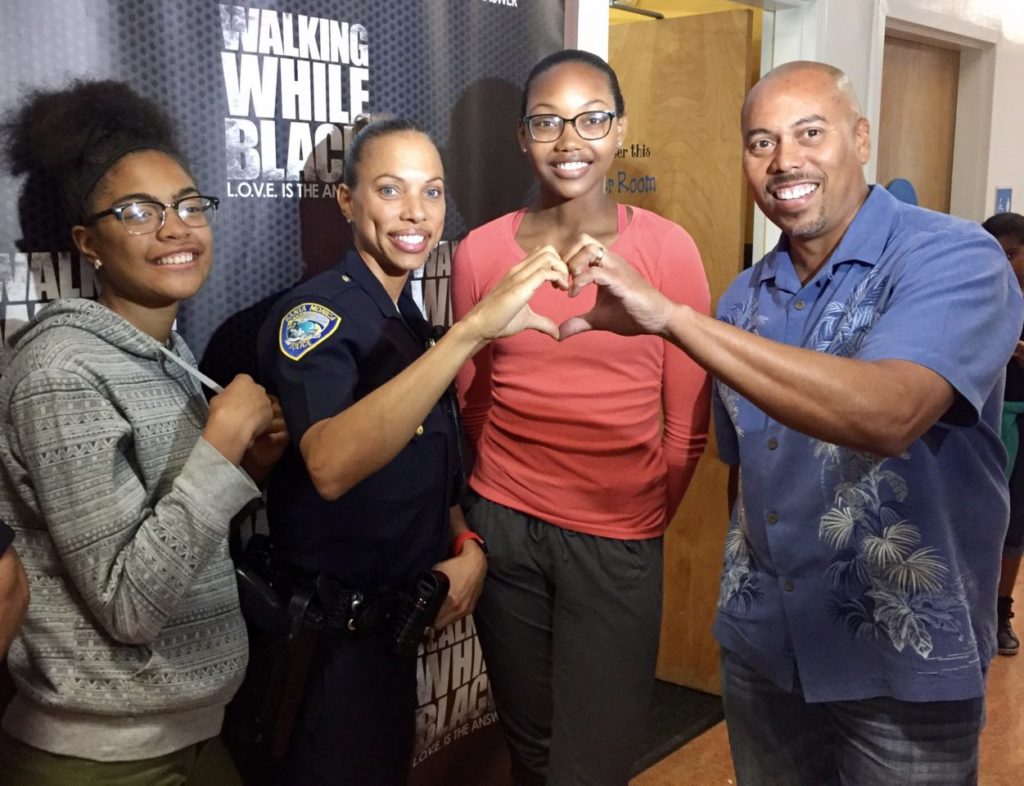 Teams will post their 5-minute videos to YouTube and Facebook, where likes, shares and comments will determine local and national winners. We will run this contest until December 31, 2017.

To register a team and to see the rules, go to https://5minutefilms.eventbrite.com.

Visit www.loveistheanswermovement.com to see stories of L.O.V.E. being put into action and to join our social network.

Visit www.walkingwhileblackthemovie.com to see the feature length documentary film that sparked the short-film contest and the L.O.V.E. Is The Answer Movement!