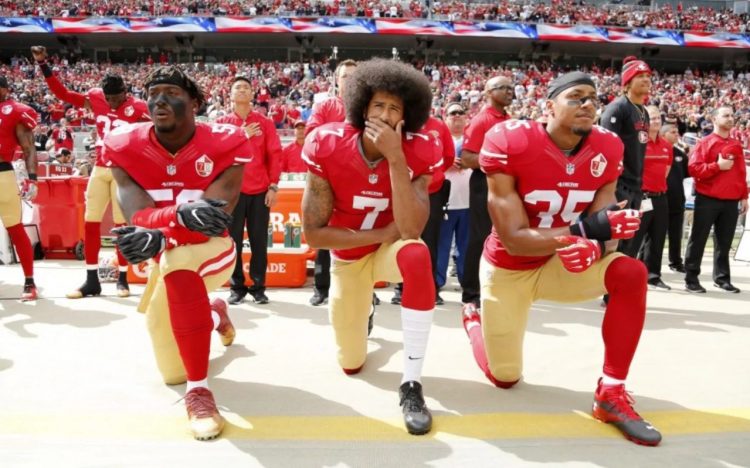 I search and long for simplicity in this trying time. Perhaps if I can boil the events of the last week, the last year, the last decade, the last century, into its purest essence, then perhaps I can effect change. Perhaps I can drag a few out of the darkness that hate has created.

I ask myself if one man can save another? I was raised to believe God would save man. But in my short time here, I’ve more often than not, witnessed man use God to further hate, rather than exile it. So I feel drawn to step in. I feel I must speak up. I don’t know why I feel this need. I’m a poor boy from Kentucky who holds the keys to no doors, who is preceded by no reputation that demands any person listen.

But what am I to do, when my closest of friends, a black male of the same age as me, cries out? He struggles. He has faced a lifetime of first hand oppression that my privilege has shielded me from, an oppression that I and my people have entirely dismissed. My friend is told silly and dismissive things, almost daily, by white men like: his only problem is that he buys into what the media is selling. He “falls” for their trick. To add insult to injury, a white man, a Facebook friend, we’ll call him Jack…Jack shares a YouTube video of the one black person Jack can find that agrees with Jack…my friend’s voice is useless against Jack…against white people like Jack…it always has been…my friend needs another voice…he needs all the voices he can get, not to speak for him, but to speak with him, to make his voice louder. Maybe, just maybe, this realization is why I feel the need to speak up.

I feel the need to speak because an entire race’s struggle is being entirely and unequivocally dismissed. My people are statistically bad with statistics, we have the test scores to prove it, yet we do silly things like, share graphs that prove black on black violence is the perfect reason to dismiss things like police violence and institutionalized racism. My people have a bad habit of rewriting history to make ourselves feel better. Truman did the right thing…the whole ‘slaughtering of Native Americans’ thing, we can just forget about that. Let’s forget about slavery while we’re at it. That’s what we would like, to just forget. But, when we’re pushed on it, when these atrocities are rehashed and once again shoved in our faces, boy are we ready to fight. “No one alive today was a slave, just get over it.” Oh how my people just don’t get it. Our dismissive attitude doesn’t allow us to see the pain in our neighbor’s eye, much less to consider for a single second how mindsets from 100+ years ago might just have adapted, renamed themselves, hid themselves away, but never have actually left. We just don’t get it. We are content in our dismissive blindness.

A man sits on the bench for a football game, in protest. We loose our minds. He thinks about what he is doing, and he makes a change. He realizes sitting might have indeed been the wrong choice, it might have indeed been disrespectful. So next time, he kneels instead of sitting. Kneeling has never been a sign of disrespect to anything or anyone. Surly, they’ll get it, he must have thought. Of course, we didn’t get it. We lost our minds further. We dismissed his and his people’s plight entirely and immediately. We took the side of our white President…because there are sides here, there always have been…media or no media…we took a side…the wrong side…like we always do. We instantly dismissed any chance of ever discussing what this young man wanted to bring to light. We wrote and entirely controlled the narrative. It’s not about race. It’s about respect. We used our graphs and outdated phrases to not only drive our point home, to prove why we were right…and righteous…but also to drown out any chance he had of being heard. We mindlessly demanded respect for our service members, instead of taking the time to ask what our service members think. We did what we always do, we dismissed and pushed forward.

We don’t know it yet. But the name Kaepernick, love it or hate it, will one day be discussed in the same sentence as King and Parks. His name will deserve to sit in that place of honor. Despite this, my people will still, her and now, grumble at the mention of his name, as many did at the mention of King and Parks in a time not so long past. We will grumble on, completely oblivious that we, not only mirror our past, but insure that it will come again and again. Perhaps this is why I question why I feel the need to speak up. Because, maybe, just maybe, I have no faith in my people? So why even bother?

My words will disgust many today. If you’ve read this far, I hope this won’t be the case. I hope you’re not disgusted. No matter what side your opinion falls on this matter, I hope I have, in some way, in any capacity, convinced you to consider the trouble that being dismissive can cause. I hope you can consider how being dismissive might have played a part in getting us to where we are today.

Be considerate. Adhere to unsettled convictions. Don’t be dismissive.

HOOAH, Colin !!!! I can’t find your Jersey anywhere… I believe in the Protest, and I am exmilitary !!!!

I am so glad Collin you took a stand on what you believe in and the rightous you will have with you always I support you brother 100 per cent all the way.