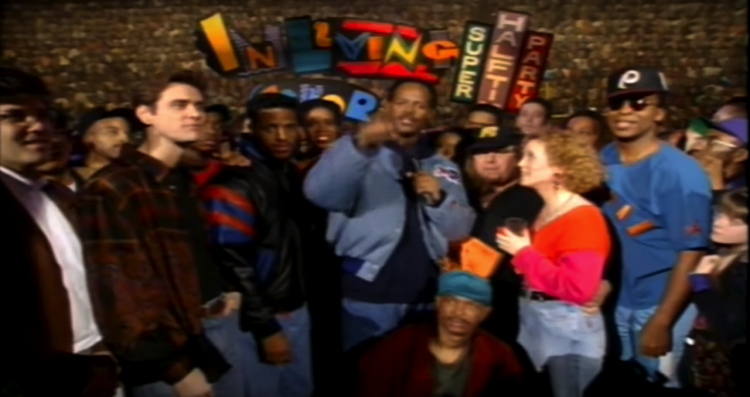 A lot times when you hear an artist is performing at the Super Bowl halftime show, we automatically assume the NFL is doing that artist a favor. Yes that is true (in terms of exposure & future sales), but never forget the NFL greatly benefits in terms of ratings.

And it was a single episode of In Living Color that made that happen.

From the start of the first Super Bowl in the late 1960s until the early 1990s, Super Bowl halftime shows were centered around themes, tributes, and showcases. One year, the main song was: When the Saints Go Marching In. Chubby Checker, The Rockettes, and 88 grand pianos performed in 1988.

In essence, these Super Bowl halftime shows were very “family oriented”, “wholesome”, and “safe”. But it also turned people off and were known to “not be in tune with current mainstream culture”.

The Winter Olympics were happening later that year, so the NFL decided to have a tribute called “Winter Magic” — and how dull a tribute it was (view at your own discretion):

A reported 79 million people tuned in to watch that year’s Super Bowl game. You think 79,000,000 folks were going to stay and watch that?

In Living Color to the rescue:

This very episode of In Living Color premiered during that year’s Super Bowl halftime by a rival network (Fox). The goal was to “counter-program” during the main halftime show (which was on CBS) — and they very successfully pulled it off.

A reported 10-20 million people saw this special (out of  79 million) — dropping that year’s halftime show broadcast by a whopping 22%.

The NFL responded in a big way:

The NFL & CBS weren’t going out without a fight, and they went and got none other than the King of Pop, Michael Jackson, to appear at the following year’s halftime show to perform some of his biggest hits.

The result: For the first time ever, ratings for the Super Bowl halftime show exceeded the game itself. After that year, the NFL stuck with this format, and as they say…the rest is history!

Never forget: The NFL Super Bowl halftime show needs the artist for ratings, just as much as the artist needs the NFL for exposure. This perfectly illustrates partly how the NFL made $419 million in adversting dollars during the 2018 Super Bowl, alone. The NFL, in turn, pays for the artist’s production costs, but not the artist themselves.

Vic Oyedeji is the founder of Unstripped Voice, and currently has a petition asking Maroon 5 to step down from the upcoming Super Bowl halftime show in solidarity with Colin Kaepernick, like Jay-Z, Rihanna, and Amy Schumer did. The petition has 75,000 signatures within 6 weeks as of this writing. Click here to sign.