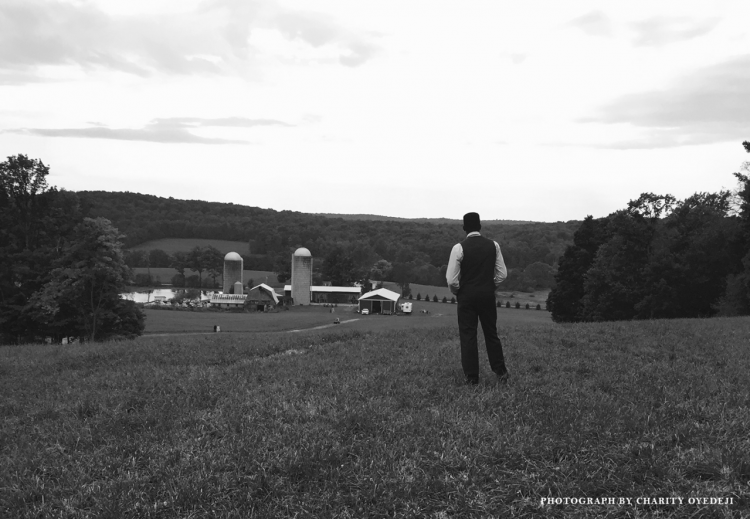 From Artist To Businessman To Platform Provider

(Editors note: This was published on May 8, 2016. This is the official launch on the original version of Unstripped Voice, which was originally for music artists before it pivoted to a rare-Black history website later that year)

I was preparing my band for a show in downtown Houston.

I was preparing to release my album and I wanted the show to be great. After all, we were leaving our comfort zone in Southwest Houston to perform downtown at a spot called Jet Lounge.

It was a big moment for me as a saxophone player and my self-titled #UrbanSaxMovement, which was a movement to show that sax players (and other musicians) can play urban songs on their instruments and still make a living — not just jazz and classical songs.

The way I got the gig downtown was through a company called AFTON.  They reached me via email a few times over the years past, wanting me to play at popular Houston venues and all.

I actually accepted to do some of them, but on show days I would get cold feet and flake out on them (this was primarily due to not selling enough, at times any, tickets).

So they were upset at me.

I wanted to prove to them (and myself) that I, as a sax player, could play at a popular downtown spot and sell tickets.

So I reached back to AFTON and asked for a last chance to “prove myself”.  They reluctantly agreed and I prepared for it, making my own online flyer and posting it online via social media (like those really worked for local artists *sarcasm*).

I remember after posting the upcoming show flyer on Facebook that a musician buddy of mine hit me up on my inbox and said, “Hey I saw that you posted your show and that you’re working for AFTON. My experience…my band played for a show that the same company set up for us…it was the WORST experience ever…they will take your money. Don’t do it, my recommendation.”

I thought the dude was low-key hating, plus I thought, “maybe they did something wrong with their set, or promo. I won’t make that same mistake”.

The business agreement with AFTON was that I was going to play a 30-min set along with other local bands that night. They were going to provide the venue in a good part of the city.

I had to sell the tickets.

They would just get a cut off the tickets based on how many tickets I sold…and so on. It was really murky details and all.

I somehow convinced my band members Lamar, Justin, Chuks, and Chiamaka to join me on this show. I told them that I won’t be able to pay them until a few days (maybe weeks) after the show…that’s when AFTON pays me my cut from the tickets.

I then set the backing tracks for them to play/sing with, had a few practices at Guitar Center (paying out of pocket, of course), and posted my flyers to my social media accounts as much as I could. I would learn later on that this didn’t make a difference.

We just grinded and prepared for it.

So on the day of the show, we arrive there, and make a long story short, the sound at that venue was TERRIBLE.

One thing about me on stage is that if the sound isn’t right, I can’t give my best performance because my mind would be focused on making sure the sound is right. That’s how I am.

I also couldn’t sell a lot of tickets. So out of the 11 or so tickets I sold, I bought 9 of them myself, then gave the rest away for free to my friends and supporters who showed up.

Wasn’t like I was banking on dough at that time, so that really put a dent on my pockets (I think each ticket was around $11).

So the show is over. Sound was terrible, but whatever…AFTON is going to give me my money from the tickets I bought for the show. I’ll be able to pay the split with the band.

That’s what I banked on.

About 2 weeks later, the check from AFTON comes through. I’m excited. Finally!

I open it up. Look at the amount.

I can’t split this with my 4 band members.

What’s that, like a little over $2 each person?  That’s New Edition-first-tour money.

I couldn’t believe it. I ended not telling my band anything…it was too embarrassing.

I reacted by posting the check online on social media, complaining about the grave injustice I received (I deleted my old Facebook account, so I don’t have a pic of that check anymore).

I then remembered that “warning” the musician buddy of mine gave me on Facebook…the one I thought was “hating”.

I guess he was right. I was too naive to not think it wouldn’t happen to me. [blockquote align=”” author=””]I started asking myself, “how can a company actually justify paying a band, or an artist $9.64 and not feel bad about it? What kind of business is this?

I always heard stories of artists getting “done wrong” financially…but now it’s happened to me.”

It was that moment that I realized that the music business, if not handled right, is a cruel game. [/blockquote]

I made a vow to myself that every music move done after that was going to be Business first, Music second instead of the other way around.

After understanding a lot about the music game while in New York City in late 2014, I realized if I wanted to make it as a Sax artist, either as the “main guy” or “touring in a band”, that I would have to lose a few extra years due to the grind needed.

I was nearing my 30s at that time and had a very important decision to make: Stay in NYC and tour to hopefully make it “big”, or find another way to make money — while still doing music on the side — therefore staying close to home while starting a family.

While still trying to figure this life-changing decision out, I came across an article on Forbes that listed the order of the richest owners in the NBA.

It was when I saw this very list that it dawned on me: The only “popular guy” on this list was Michael Jordan, who was worth $1 billion at the time.

However, MJ was near the very bottom of the richest owners’ list.  All the other guys are folks most people never heard of, but they’re silly rich.

NBA players, while traveling all over the world and using their “bodies” as the provider of their income, make an average of 0.5 – 1% of what owners are worth.

It literally was then that my decision was made.

I would forego my “quest to make it big” and become a businessman.

I would then get mentored by music executives.

I would read business books in fields and topics that would impact my line of work.

After more soul-searching, I finally decided to take my talents from the “front of the stage” to the background, hopefully creating a platform for artists and entertainers to become successful in their own way.

UNSTRIPPED VOICE IS YOUR VOICE

This is why I wanted to create a platform for artists to say what they want to say, as long as it’s meaningful & productive.

“Your Voice. Your Rules.”

I feel that if you have something important to say, you should have the right to say it.

I will eventually make this platform become one of the leading content places for music artists & entertainers to use their voice to tell their story.

Each person whose post is on Unstripped Voice will be their own contributor.

Unstripped Voice will hopefully become a great network of artists & entertainers feeding off each other, while giving tips on how to avoid situations like I had with the $9.64 check from that gig.

So let’s get started! Your Voice, Your Rules.