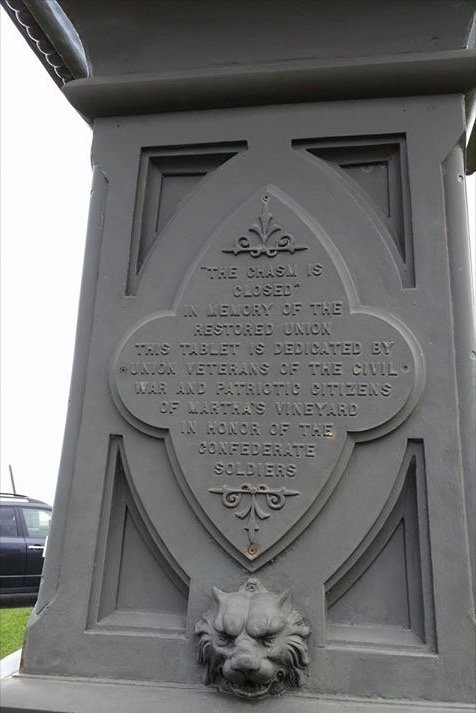 I hope elected officials on Martha’s Vineyard were watching this past summer, as more than half a dozen states took step to remove monuments to the Confederacy from their landscape.

And well they should, especially since the Island is home to one of these monuments 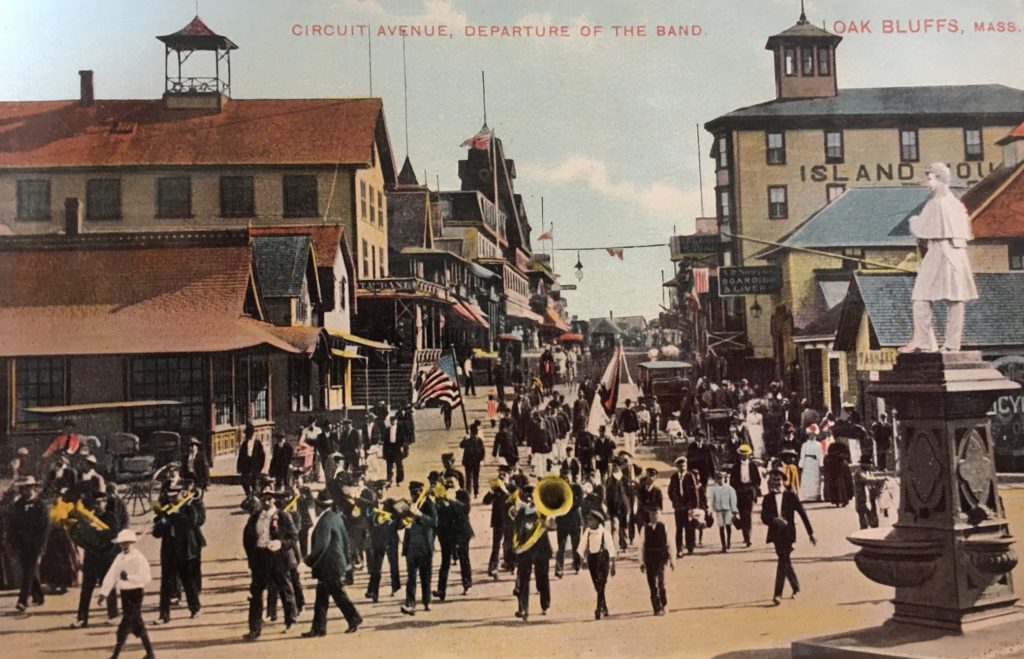 I’m referring to the 126-year-old, seven–foot tall Union soldier whose former home was at the base of Circuit Avenue, but now stands opposite the Oak Bluffs’ ferry terminal, behind the town’s police headquarters, greeting each year thousands of tourists – many of them black – during the Island’s high season.

On its face the monument doesn’t seem particularly offensive. It is after all a soldier who fought ‘on the right side of history.’

But the backstory of the statue’s patron, and part of his motive in commissioning it, is troubling.

Records show Charles Strahan was a confederate soldier, who served in a Virginia regiment, was shot by a Union bullet early on, and later fought at Gettysburg. He served proudly under the command of General Robert E. Lee, who defended the Confederacy – that sought to preserve the institution that enslaved hundreds of thousands of people of African descent.

After the Civil War, Strahan made his way in 1884 to Martha’s Vineyard, where he remade himself as a newspaper publisher. He took over the Cottage City Star and renamed it the Martha’s Vineyard Herald.

Then, seven years into his stay, in 1891, he erects this monument paying tribute to Union soldiers, on three of the four panels at its base.

The troubling part begins with Strahan’s wish for the fourth blank panel: that Vineyard-based Union veterans, and ordinary citizens, would, in turn, pay tribute to their old foes, the Southern soldier.

More egregious though is what happened in 1925. That’s when these Vineyard vets and laymen saw fit to honor Strahan’s wish, saluting ‘Johnny Reb’, just as he requested.

“’The chasm is closed’”, the panel reads. “In memory of the restored Union, this tablet is dedicated by Union veterans of the Civil War and patriotic citizens of Martha’s Vineyard in honor of the Confederate soldiers.”

What’s worse is the festive atmosphere on the heels of his speech, where according to an August 2013 Martha’s Vineyard magazine, “the band played ‘Dixie’ and ‘a few rebel yells were heard among the general applause.’”

As the great, great grandson of an enslaved African and as a son of the South, nothing adds more insult to injury.

Supporters say the monument symbolizes forgiveness and healing between former warring sides. But this celebrated mutual admiration between white men is hard to dignify, especially given that Massachusetts was the first state to legalize slavery.

The other problem is that this monument never bothers to acknowledge the real victims who were at the heart of the Civil War: the enslaved themselves.

I imagined how the Jewish community might have responded to a similar move in the wake of World War II.

What if a military veteran of Nazi Germany resettled in New York City – home to the largest concentration of Jews in the U.S.? What if he had done well in business, and chose to erect a statue, paying tribute to the Allied NATO Forces who defeated Hitler? And what if that same former Nazi successfully convinced those NATO soldiers in Manhattan to honor him and his comrades who fought in support of the Holocaust on his same statue?

The truth is I can’t imagine it. Not in a million years.

Yet, here we are.

On its face, Martha’s Vineyard appears to be no different than much of America in the matter of race and racism: they would prefer not to talk about it, at least where it concerns them.

But one can’t continue to fill ones coffers with the millions of dollars delivered by black folk summering here year after year, only to turn a blind eye to this offensive elephant in the room.

One can’t continue to sell oneself as an Island of progressives, boast being the playground for the black elite and shamelessly point to the Obamas, Spike Lee and Skip Gates as proof.

One has to show some respect for these customers, these people and their  history.

If that matters to those who run this Island, then Martha’s Vineyard will do the right thing. They’ll walk their talk, be guided by their moral compass and take steps toward who they profess to be.

It’s been often said the difference between racism in the North, versus the South, is one of subtlety. Nothing epitomizes this more than the continued presence of this monument to the Confederacy.

At best, this monument, located on public land and maintained with everyone’s tax dollars, serves as a thinly veiled reminder of black folks’ holocaust.

At worst, it sends a damaging message to black children who play on your beaches that this Island doesn’t mind, and they don’t matter.

Clennon L. King is a black Boston-based filmmaker, who, on August 15, 2017, screened his award-winning documentary “Passage at St. Augustine: The 1964 Black Lives Matter Movement That Transformed America™” (www.passageatstaugustine.com) to a sold-out audience at the Strand Theatre on Martha’s Vineyard, where he is a seasonal visitor.