How Civil Disobedience Helps Overcome Oppression: Part 13
“How the Housing Act Got Passed”

When the 1929 Great Depression happened, millions of Americans were devastated. In an effort to restore public confidence, President Franklin D. Roosevelt created the Federal Housing Administration (FHA) in 1934. They insured mortgages made by bank lenders for real estate properties, including single-family homes for people to live in.

Then redlining happened. Black people were systemically kept away from receiving loans.

But deeper than the redlining situation was (and still is) a deep psychological belief that Black people bring property values down, and that was apparent in the minds of residents when Black activists started making a push for Black people to get any house they can at least afford.

One of these efforts took place in Chicago, 1966. After the ’64 Civil Rights Act (ending Jim Crow) and the ’65 Voting Rights Act (removing “race” as a barrier to vote), housing discrimination still needed to be settled.

Dr. King and SCLC took their non-violence strategy to the “north” and at first stayed in the Chicago slums to get their point across. When Chicago mayor Richard Daley outsmarted them (and several Black leaders didn’t support the “recently transplanted” Dr. King, SCLC then marched in White suburban areas to expose the “hidden” racism that also existed in northern cities.

Eventually, Dr. King and mayor Richard Daley came to a tentative housing agreement which also made King stop the marches.

Meanwhile, around this time — partly due to the Chicago movement — in 1966 members of Congress drafted a Civil Rights Bill that focused on removing “race” as a barrier to gain housing. But the Bill was shot down in Congress multiple times.

The Kerner Commission on the 100+ race riots in 1967 briefly revived the bill. But finally (and unfortunately), Dr. King’s assassination on April 4, 1968 was the final push.

After riots in cities all over the U.S., including in Washington D.C., members of Congress got scared. 7 days later, they passed the 1968 Civil Rights Act, also known as the “Housing Act”.

And that’s how “race” no longer became a factor when obtaining real estate. At least legally.

We’re showing a multi-part series on how Civil Disobedience has been the main catalyst that has overcome oppression in the U.S. 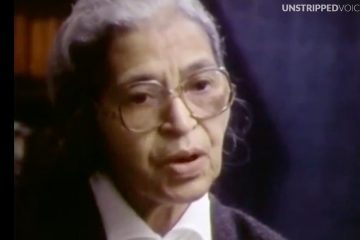 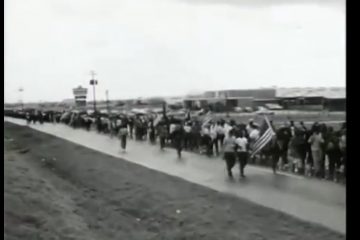